Keep Your Eyes Peeled for These Potential Security Threats 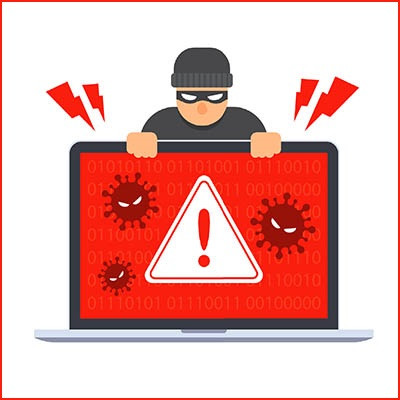 We don’t like it any more than you do, but if we have learned anything at all over the past several years, it’s that security absolutely needs to be a priority for all small businesses. In the face of high-profile ransomware attacks that can snuff companies out of existence, what are you doing to keep your own business secure? To put things in perspective, we’ve put together a list of some of the more common threats that all companies should be able to address.

The following list of threats should give you an idea for how to start securing your business. You can never prepare too much for a potential security breach, so take the time now to get ready for what will inevitably come down the line.

Some viruses are little more than an irritation, whereas others are incredibly disruptive to operations. They are basically bits of code that can harm your computer or data. Viruses are known for being able to spread from system to system to corrupt data, destroy files, and other harmful behavior. You can get viruses through downloading files, installing free software or applications, clicking on infected advertisements, clicking on the wrong links, or opening email attachments. Fortunately, modern antivirus software has gotten really good at protecting computers, provided that your software is up-to-date. For businesses, it’s best to have a centralized antivirus on your network that controls and manages all of the antivirus clients on your workstations.

Malware is malicious software that performs a specific task. A virus can also be considered a type of malware, albeit more simplistic in nature. Malware comes in various forms according to its purpose, such as spyware for spying on infected machines and adware for displaying ads in extremely intrusive or inconvenient ways. The major takeaway here is that you don’t want to deal with malware in any capacity. It’s often installed on devices under the radar, and unless you are actively looking for it, it’s entirely possible that it can run in the background and cause all kinds of trouble without being detected. You can get malware through the same processes as viruses, and the same antivirus solutions can help you to resolve malware as well.

Phishing attacks are mediums to spread other types of threats rather than actually being threats in and of themselves. Hackers might try to send out spam messages with links or infected attachments aiming to get the user to download them or click on them. When they do, the device is infected. Some phishing attacks are so inconspicuous that they can be hard to identify.

There are other types of phishing attacks as well, some of which try to get the user to share sensitive information or send money to the cybercriminal. Cybercriminals can spoof legitimate-sounding email addresses and use psychological hacks to convince the user to act in a certain way. It’s the most common way that hackers see results, so you should be aware of it.

Ransomware is so dangerous and high-profile that it is deserving of its own section. Ransomware locks down files using encryption and forces the user to pay a ransom in order to unlock them, usually in the form of cryptocurrency. Recent ransomware attacks are also threatening to release encrypted data on the Internet if the ransom is not paid, something which basically forces the user to pay up and gets around the possibility of restoring a backup.

Denial of Service and Distributed Denial of Service attacks occur when a botnet, or a network of infected computers, repeatedly launches traffic at a server or infrastructure to the point where it just cannot handle the load, effectively disrupting operations and forcing it to shut down. Sometimes this happens with websites or services, so it’s no surprise that businesses can suffer from them, as well.

Trojans (also called backdoors) install themselves on devices and work in the background to open up more opportunities for hackers later on. These can be used to steal data, infiltrate networks, or install other threats. Basically, if a hacker installs a backdoor on your network, they can access it whenever they want to; you are essentially at their mercy.

Zero-day vulnerabilities are those that were previously unknown to developers but are currently in use by cybercriminals. These zero-day vulnerabilities are problems because when the developer discovers them and issues a patch, cybercriminals can identify the vulnerability based on the patch, and then exploit users who haven’t installed the patch yet. There is not much to be done besides keeping your software up-to-date, monitoring your networks for issues, and trusting the developers to issue patches as they discover security problems.

User error is a critical issue for many businesses. Your business is made up of people who perform tasks and work toward objectives. If one of these employees makes a mistake, it could leave your business exposed to threats. Thankfully, a combination of best practices and security solutions should be enough to minimize user error, and with some security training under their belt, your employees should have a good idea of how to handle it.

Get Started with Security Solutions

Clearmind Technology can equip your business with the tools you need to be successful when protecting your organization. To learn more, reach out to us at (323) 489-3250.

Tags:
Security Phishing Network Security
Why a Zero-Trust Policy Might Be Appropriate for Y...
Experts Can Make or Break a Technology Implementat... 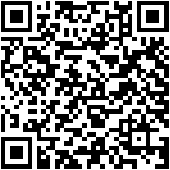