Some Budget Smartphones You Should Know We’ve looked at the best phones (flagships), we’ve looked at some of the most innovative devices, but what happens if you don’t have $1,000+ to buy a smartphone? Many of the main manufacturers spend a lot of their marketing budgets highlighting their most expensive devices, so a lot of people don’t know that there are some very capable smartphones that don’t come with four-figure price tags. Let’s take a look at some phones that people can get that won’t empty their wallets.

You would think that Apple’s huge market share in the United States is made possible by their commitment to producing high-end smartphones year in and year out. What you may not be aware of is that Apple’s market share is contingent on the tech giant’s ability to consistently present consumers with options. The Apple iPhone SE proves this as it is available for about half of the price of the iPhone 12, and offers a solid performing device for the money.

The 2020 version of the iPhone SE has the body of the iPhone 8, the chipset from the iPhone 11, and a new camera setup that will outperform the lion’s share of devices in the budget category. In fact, besides the smaller, 4.7-inch display, the iPhone SE may just bring the most value of any smartphone on the market.

The device only comes with two cameras, one front and one selfie, but the optics on the 12 MP lens, combined with iOS optimization, tends to produce better photos and videos. The iPhone SE is available in black, white, and red and is a great option for people looking to get a higher-end experience out of a mid-range device.

Samsung’s Galaxy A-series devices span from budget-to-mid-range, but since we’re looking at devices that present value in the budget smartphone market, we’ve chosen the Samsung Galaxy A51. Introduced in 2020, the Galaxy A51 comes in at around the same price as the iPhone SE, and if you place the devices side-by-side, you immediately see just how much more phone you get for the price.

The Galaxy A51 has a 6.5-inch Super AMOLED display, making the device significantly larger than Apple’s budget device. The Galaxy A51 is made of mostly plastic and features an Exynos 9611 processor and between 4-and-8 gigs of RAM, depending on the options you get on your device.

The larger Super AMOLED display, the expandable storage, the in-display fingerprint readers, the 3.5mm headphone jack and the largeish 4,000 mAh battery present good options for the person that isn’t looking to spend a mortgage on their phone. Available in Prism Crush Black, Prism Crush White, Prism Crush Blue, or Prism Crush Pink, the Galaxy A51 can be found on most major carriers and unlocked online for a fraction of the cost of this year’s Samsung Galaxy flagship devices.

After several years of trying to compete in the flagship smartphone market Google decided to try a different strategy in 2020. In scaling down the specs of their Pixel 5 smartphone, it left a lot of people wondering what to make of Google’s smartphone strategy. It can largely be answered when you look at the Google 4a 5G.

Sitting firmly in budget smartphone territory, the Pixel 4a 5G features an impressive 6.2-inch OLED display that is the biggest found on any Google smartphone this year. While the plastic build and the middling battery life leaves something to be desired, the specs fit nicely into the budget smartphone category, especially since it comes with Android 11 out of the box.

The major benefit of the Pixel 4a 5G isn’t actually the 5G capability, which is only available to a small number of people, it is that it comes with the same amazing camera setup as the Pixel 4. The Pixel 4a brings flagship-level experience to the budget smartphone. Available in Just Black and Clearly White, the Pixel 4a 5G is available in the Google store or from many major service carriers.

Before we wrap up the smartphone articles for this year, we should mention that one of the best ways for people to gain value with their smartphone purchases is to actively seek out some of the best flagship devices from a year or two back. While it may surprise you that a lot of the mid-range and budget smartphones manufactured today have many comparable specs to flagship phones from a couple of years ago (especially in the camera experience), the build quality, options, and usually the chipsets that are found on those older flagships still outpace many brand new options.

Some options include: The Samsung Galaxy s9 and s9+, the LG V50 thinQ, the iPhone X, and many others from other manufacturers. You’ll find that you can likely find phones with updated software that is available for a very reasonable price; and, since these devices are built to last, you may get more out of one. One downfall is that they probably won’t get as many software updates, and if they are refurbished or used, they could have issues that new devices wouldn’t have. Regardless, it is something that you should consider when weighing your options if you only want to spend a few hundred dollars on your next phone.

That brings our annual look at the smartphone market to a close. What device are you looking at next? Leave your thoughts in the comments section below and keep returning to our blog for more great technology information.

Tags:
Technology Smartphones Save Money
Tip of the Week: Making the Most of Google Keep
To Improve Collaboration Consider These 3 Variable...

More posts from author
Monday, 08 August 2022 Social Media has Emerged as a Transcendent Technology for Businesses
Friday, 05 August 2022 Educators Having Increased Exposure to Ransomware
Wednesday, 03 August 2022 Get Your Data Protected with BDR 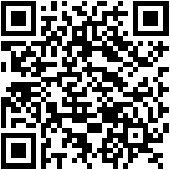